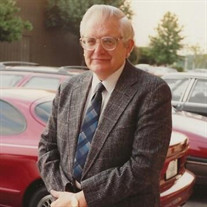 Albeno (“Al”) Patrick Garbin Sr., age 89, died peacefully in the comfort of his home in Arnoldsville on Friday, February 4, 2022. He was born June 20, 1932, in Girard, Illinois. Al was preceded in death by parents, Cipriano and Angelina; sisters, Valentine Perona and Marjorie A. Kornet; and brothers, Abraham, John, Pete, Dominic, Albert, Charlie, and an infant Alberto Garbin. Al graduated from Girard High School in 1950. After serving in the U.S. Army, he received his A.B. Degree at Blackburn College (Carlinville, IL), followed by an M.A. Degree and Ph.D. at Louisiana State University. Al served as an Assistant and/or Associate Professor of Sociology at the University of (Nebraska) Omaha, Florida State University, and Ohio State University. In 1968, he became a full-time Professor of Sociology at the University of Georgia, where he served for the next 30 years including as Head of the Sociology Department from 1981 through 1990. In 1997, Al retired from his full-time position to become a Professor Emeritus of Sociology. His honors and professional societies include: member of the American Sociological Association; Vice President (1984-1985) and President (1986-1987) of the Georgia Sociological Association, whereby he was the recipient of its Meritorious Service Award in 1991; and member of Phi Beta Delta as an International Scholar. Al enjoyed gardening, traveling, St. Louis Cardinals baseball, and Georgia Bulldogs football. He was a long-time member of the Catholic Center at the University of Georgia. Al is survived by his wife of 52 years, Carol; children, Kelley Larson, Doug (Denise) Larson, Angela Garbin, Tina (Frank Mufic) Garbin, Albeno “Patrick” Garbin Jr., and Carol Anne (Sean) McCartney; grandchildren, Kimberly Matthews, Nicholas Larson, Lia Larson, Oliver Mufic, Albeno Patrick (“Trip”) Garbin III, Townsend Walter, and Rebecca Garbin; and great-grandchild, Emilee Matthews. A private family service will be held at a later date. In lieu of flowers, donations may be made to the St. Joseph’s Indian School or the St. Labre Indian School.

The family of Albeno Patrick Garbin Sr. created this Life Tributes page to make it easy to share your memories.

Send flowers to the Garbin family.