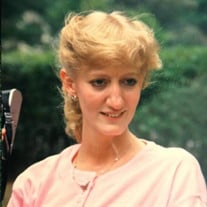 Courageous, talented, loving, selfless, generous, intelligent, and funny are just a few words that describe our beloved wife, daughter, and sister, Bonnie Joy Fancher Kepler. It is with incredible sadness that we say our earthly goodbye to one of the most tender souls we have ever known. At 10:54 p.m. on August 14, 2021, at Piedmont Athens Regional, in the presence of family, Bonnie Fancher Kepler passed away peacefully due to complications from a rare disease known as Ehlers-Danlos Syndrome. She was 60 years old. Bonnie is survived by her loving husband of 19 years, Dr. Cameron Bradford Kepler, her step-daughters and their partners, Sylvelin Kepler and Chad Mcdade, and Leilani Kepler and Steve Brown, as well as her sister-in-law Maria Kepler, her husband Brendan Balint, and their son Cameron Bradford Kepler, who loved his Aunt Bonnie. She is also survived by her beloved mother, Sandra (Smith) Fancher, as well as her three siblings and their spouses: Laura (Fancher) and Joe Carlan, David and Jenny (Christiansen) Fancher, Tim and Becky (Pilgrim) Fancher. She is survived by several nieces and nephews, whom she cherished: Sydney (Fancher) and Kolt Toelke, Noelle Fancher, Samuel Fancher, and James Fancher. She also leaves in good care with her family, her precious kitty babies, Suki and Kenji, who brought her such great joy. Bonnie was predeceased by her father, Harry Granger Fancher, and the nephew who first made her an aunt, Joshua David Fancher. Bonnie was born in Norwalk, CT, on January 10, 1961. She was the first of 4 children born to Harry Granger Fancher and Sandra (Smith) Fancher. The family moved to Florida for a few years and then made Georgia their home more than 50 years ago. Professionally, she began work in 1982 for the Warnell School of Forest Resources at UGA. In 1988, she began working in the U.S. Fish and Wildlife Service, where she met her future husband, Cameron Kepler. Later, her department was moved to the U.S. Geological Survey where she worked until her retirement in 2018. She was the best secretary, office manager, administrative assistant, and friend to her employers, many of whom she was still friends with after they retired and moved to other areas of the country. She gave 110% to her work, and her employers had the utmost respect for her. On June 28, 2002, Bonnie married Dr. Cameron Bradford Kepler. In addition to enjoying life at home in Athens, GA, they also led an adventurous life, traveling to many National Parks across America. Bonnie’s favorite trip of her lifetime was to Alaska with Cam. She was an amazing photographer and captured all the stunning beauty of their adventures. Her memories are preserved in many large photo albums, meticulously arranged and organized to show off the beauty of God’s creation and the memories she made with her beloved Cam. Bonnie enjoyed other hobbies as well: Crocheting, cross-stitch, reading, cooking, baking, and sharing her kind heart with everyone she knew. She is best known for crocheting and for baking her famous chocolate chip cookies, which made an appearance, warm from the oven, at every family gathering. If you were fortunate enough to know Bonnie, you probably received a dozen of those cookies at some point. Bonnie learned to crochet from her 5th grade teacher. Once she learned the basics of crocheting a “granny square,” she took off and became masterful at her art. Her creations are incredibly beautiful. If it were possible to calculate, surely there would be at least a million miles of yarn that passed through her “flying” fingers as she crocheted blankets, stuffed animals, and dozens of other things to bring joy to both friends and strangers. Bonnie suffered with illness and severe pain almost daily due to Ehlers-Danlos Syndrome. Yet this never stopped her from selflessly caring for those around her in every way she could, even after she was confined to a wheelchair after losing a leg to the disease in 2017. To say she loved her family and was adored by them in return would be an understatement. We rejoice that Bonnie has been set free from her broken body and is finally restored with Jesus her Savior, but we also deeply grieve the loss of Bonnie here in our world. Her smile would light up a room and even though it has faded from earth, her smile will live on in the hearts of her family and loved ones, making the difficult days of missing her a little brighter. Everything Bonnie did in life was to bring honor and glory to her Lord and Savior, Jesus Christ. Her heart’s desire is that everyone she loves would know how much they are loved by God who offered His only Son, Jesus, to die in our place. He paid the debt of sin for us. Bonnie believed the words of Jesus when He said the only way to God and eternal life in Heaven is by accepting the free gift of salvation through Jesus. As Bonnie was ushered into the presence of her heavenly Father, we are sure she heard Him say, “Well done, my good and faithful servant. You’re home now, my beloved daughter.” A private memorial service will be held for the immediate family as we celebrate the life of Bonnie Joy Fancher Kepler. If you’d like to honor Bonnie in a tangible way, please consider donating to one of these worthy charities: Our cousin Tina’s animal rescue is Weiss Fosters through Looking Glass Rescue Inc. (lgrinc.org, direct your gift to Weiss Fosters); or Operation Christmas Child at samaritanspurse.org/donation-items/operation-christmas-child-2. Lord & Stephens, East, Athens, GA is in charge of arrangements.

Courageous, talented, loving, selfless, generous, intelligent, and funny are just a few words that describe our beloved wife, daughter, and sister, Bonnie Joy Fancher Kepler. It is with incredible sadness that we say our earthly goodbye to one... View Obituary & Service Information

The family of Bonnie J Kepler created this Life Tributes page to make it easy to share your memories.

Send flowers to the Kepler family.